Dr. Allen began his Medical education at the New York College of Osteopathic Medical School which is known especially for it focus on Primary Care and Preventative Medicine. He flourished in his education, scoring a 99th percentile on all three parts of his Medical School Board Exams. He achieved Deans List Recognition in nearly all of his coursework. He was also one of the founding members of the Phi Alpha Sigma National Honor Society.

After landing his first choice in the  National Medical Residency Match Program, he soon entered North Shore University Hospital’s renowned and revered Primary Care Track Internal Medicine Residency Program. This is a very competitive program for selected Physicians that decide early on that their goal is Primary Care and Disease Prevention.   Candidates  must demonstrate their academic ability to absorb the vast amount of ever growing multi- specialty knowledge.  Dr. Allen quickly stood out amongst his peers  for his intellectual abilities and teaching skills. He was subsequently nominated for North Shore University Hospitals’ highest recognition of academic achievement  and was given the title   “Best Teaching Resident”.

After completing his Residency training in 2002, he sat for the American Board of Internal Medicine Exams. Again, he scored the highest possible score possible landing him in the top 10 percent of Internists in the Country.  Dr. Allen is currently an active member of the American Medical Association and the New York State Medical Society. He is now a Diplomate of the American Board Of Internal Medicine and is recognized for his participation in their Maintenance of Certification Program. He has never had a Malpractice Claim against him in his almost 20 years of training. He currently serves as an attending physician at both Huntington Hospital and St. Catherines Hospital in Smithtown.

Dr. Allen currently holds the title of Assistant Clinical Professor at both Hofstra North Shore-LIJ Medical school as well as the New York College of Osteopathic Medical School. He dedicates much of his time to Educating  Medical Students in Primary Care and Disease Prevention. These Medical Students can often be seen with Doctor Allen side by side meeting and interacting with his Patients.

Dr. Allen currently resides in Fort Salonga with his two children. He enjoys playing the Piano and practicing the Martial Arts.

Jennifer Moldovan grew up in Brooklyn and attended the prestigious Bronx High School of Science. From there she went to Worcester Polytechnic Institute and earned her Bachelors degree in Biology. Finally she went to Hofstra University through the Physician Assistant program and graduated in 2007. She did a variety of internships in different specialties in hospitals and clinics throughout Long Island, and finally settled on Internal Medicine because it offered a wide variety of diseases to cure.

Jennifer currently lives in West Islip with her husband and daughter. In her free time she enjoys dancing and playing with her dogs.

Ashley Kump ANP RN,BSN graduated from Molloy College in 2010 with a Bachelor’s Degree in Nursing.  Upon becoming certified as a Registered Nurse, Ashley spent the next four and a half years working on a medicine/acute care floor at Stony Brook University Hospital.

Ashley went on to obtain her Masters Degree in Nursing, obtaining her Nurse Practitioner certification through State University of New York at Stonybrook. Ashley is currently an active member of the NP Association of Long Island.

Ashley enjoys spending her free time enjoying the outdoors, traveling, and spending quality time with her family and friends.

Rita Romano attended Stony Brook University where she achieved her Bachelors of Nursing in 2014. She was already working as an RN since 2010 caring for children in the home care setting. After obtaining her BSN she became a telemetry RN at Mather Hospital on a specialized cardiac / stroke unit and has worked there for the past 6 years. Rita then went on further and completed her Masters degree in Nursing becoming a certified Family Nurse Practitioner at Stony Brook University so that she could diagnose and treat her patients at a higher level. Rita is currently an active member of the NP Association of Long Island.

When not working, Rita enjoys spending time with her family and two boys. She loves boating, going to the beach and doing anything outdoors.

Amanda Trypaluk graduated from Southern Connecticut State University in 2012 with her BSN in nursing. She started her nursing career working at Stony Brook University Hospital on a medicine/telemetry unit for 4 years. She then moved on to become a travel nurse working for a number of healthcare systems in California. After gaining years of experience Amanda decided it was time to continue her education and obtain an advance degree. Amanda was accepted in the Adult-Gerontology Primary Care Nurse Practitioner program at Stony Brook University. Moving back to NY to achieve her master’s degree, Amanda then worked at Mather Hospital in Port Jefferson as a stepdown/critical care RN for 3 years. Amanda excelled in graduate school and was inducted into the nursing honor society, Sigma Theta Tau in 2019. Amanda earned her Master’s degree in 2021 and is now a certified Adult-Gerontology Nurse Practitioner. Amanda is an active member of the American Association of Nurse Practitioners.

During her free time Amanda enjoys reading, traveling, and spending time with friends and family. 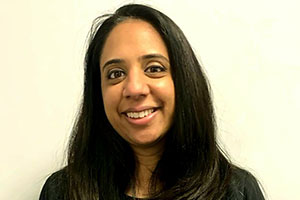 She originally attended CUNY Baruch where she graduated with a Bachelors in Business Administration. Soon after, she pursued her interest in nursing at SUNY Downstate Brooklyn where she obtained a Bachelor of Science in Nursing in 2007. As a registered nurse, she enjoyed 13 years of experience in various ICU specialties at both Northwell Lenox Hill and Mt. Sinai hospitals in NYC.

She felt it was time to change her critical care perspective to one that was preventative and continuous throughout the lifespan of adult patients. While working in Neurosurgical ICU, she completed her Masters of Science in Nursing, with a focus in Adult/Gerontological Primary Care.